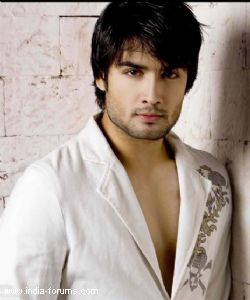 Ekta Kapoor's latest muse, Vivian Dsena, who is playing the lead role in the much talked about show Pyaar Kii Ye Ek Kahaani on Star One has many hidden talents, on of which was revealed during their outdoor shoot in Panchgani.

Panchgani is famous for adventure sports, and Vivian left no stone unturned in enjoying adventure at its best. Not all know that Vivian apart from being a good actor, is a trained horse rider.

An onlooker says, "Vivian is so very easy going and rides a horse with elan. However, on one day, panic broke around when the horse rider could not control the horse, and all in the unit were worried as Vivian who is a trained rider was not riding the horse then. However, Vivian immediately came to the rescue, jumped up on his feet and climbed the horse. He was able to calm the horse, and this incident left the entire unit and his co-actors awestruck for a long time".

When contacted Vivian confirmed the news saying, "Yes the horse got out of control. This has happened with me many times when I was in school. I have studied from a Military school and we have been taught most of the sports including horse riding as well. This has happened with me before, so I know the technique to control the horse in such situations, and how to ride safely. It was a very good experience shooting in Panchgani and we enjoyed a lot".

With this kind of valor, we are sure that Vivian is here to ride his way to success!

LadyMacbeth 9 years ago Vivian , I always knew that u r super cool n brave n u really r so.

shafaq_abhiya 9 years ago he is best love u abhay muahhhhhhhhhhhhhh

Simrangills 9 years ago Are u really a superhero....I mean ke tum kya such mein problem vaali jagah par khud pohaunch jaate ho as in P.K.Y.E.K....Hats off to you dude!!!!!!!