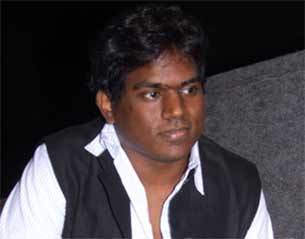 Composer Yuvan Shankar Raja, who was initially roped in to compose the music for upcoming Tamil comedy-thriller "Vadacurry", has been replaced by composer duo Vivek Siva and Mervin Solomon due to his busy schedule.

"I would like to inform you that due to Yuvan Shankar Raja's hectic schedule towards the end of last year, we were unable to work along with him for 'Vadacurry', although he has delivered us an absolute mesmerizing melody for the same. We are using that track for the said film," the film's producer Dhayanidhi Azhagiri said in a statement.

"Following a recommendation from composer Anirudh Ravichander, we have roped in Vivek Siva and Mervin Solomon to complete the album. They both have scored four tracks and will be scoring the background score too. The whole album as such has turned out to be a stunning ensemble of different genre of music," he added.

Vivek Siva, 22, is trained in classical music. He has also learnt the carnatic mandolin and performed with numerous bands in school and college. He also is a music programmer and sound engineer for Ravichander on all his projects like "3", "Ethir Neechal" and "Vanakkam Chennai".

"Vadacurry", which is directed by Saravana Rajan, features Jai, Swathi Reddy in lead roles. Bollywood actress Sunny Leone has performed a special number in the film.

Akshay Kumar Breaks his 18 Year's Rule; Shocks Everyone
37 minutes ago

"John is going to Smash, Rip and Annihilate the Corrupt like ...
59 minutes ago

Anurag Kashyap's Lawyer Releases Statement on His Behalf
7 hours ago

Payal Ghosh To File Official Complaint Against Anurag ...
8 hours ago