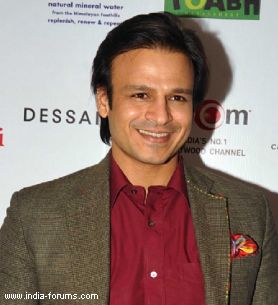 Actor Vivek Oberoi has come out in support of Bharatiya Janata Party's (BJP) prime ministerial candidate Narendra Modi and says he is a karma yogi and the country needs him.

"I feel that the country needs Narendra Modi today. He is a vikas purush, he has proved his work in Gujarat. People are raising questions against him, but I think Modiji talks less and works more," the 37-year-old said here Saturday at a press conference to show support to 15 known names from Mumbai.

"That's why he has a lot of work to show. Around 18,000 villages in Gujarat have received electricity and it is not plain talk, he has done work, he is a karm yogi," he added.

He also urged everyone to cast their vote on an individual basis.

"You shouldn't see Bollywood as one community, everyone is an individual. That is what I want to appeal to everyone, not to link your ideology to one group - like Hindu, Muslim or Dalit. Such politics should stop now. Don't vote your caste, cast your vote," Vivek said.

The general election for the 16th Lok Sabha is currently on and Mumbai goes to polls April 24.

The results of the 10-phased polls will be declared May 16.