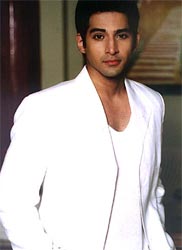 Vivan Bhatena who plays Shabd in Zee's Maayka is upbeat about his forthcoming trip to the UK for his play on the 26/11 tragedy.

Says Vivan, "Rehearsals for the play are the main priority for me right now. The play is based on the 26/11 tragedy at Mumbai, and I play a waiter at Taj who goes thro' all the hardships of the incident. The play gives a detailed account of the amount of misery and personal loss that the incident gave the millions of people affected".

"We will be traveling to UK, and will be performing there. The play is directed by Vidya Palat. We will be back to India around 20th August", states Vivan.

Vivan was almost finalized to play one of the lead roles in NDTV Imagine's Janam Daata, produced by Sagar Arts. "Things did not work out financially, and the fact that I was to be out of India during the above said period also forced me not to accept the show. I will be able to think about future on television only after I get back in August", he quips.

On his ongoing show Maayka, the actor states, "We have not received any official confirmation as yet, but it looks like we are nearing the end of the show".

Vivan also has a Bollywood project in hand which will release at the end of this year. "I do not want to disclose anything about the film right now", says Vivan as he signs off. 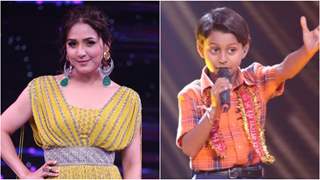 + 7
13 years ago Bollywood project?! *dies* which oneee?
*sigh* Hope he signs another show soon! I'm used to having a daily Vivan dose lol

13 years ago I miss seeing you vivan, I used to watch him in music videos a few years ago.

13 years ago All the best Vivan. Hope u have gr8 future ahead. Love U!

13 years ago wow All the very best Vivan!
I love u VIVI!
will miss u After Maayka!

13 years ago Who is Vidya Palat? I know Divya Palat is his sister in law...Ne ways Best of luck Vivan... BTW When he is going?

+ 2
14 years ago thats a beautiful cover. she is sooo luck. hope she goes far

14 years ago shes lucky!!
and ya i also hope she nvr leaves sallu