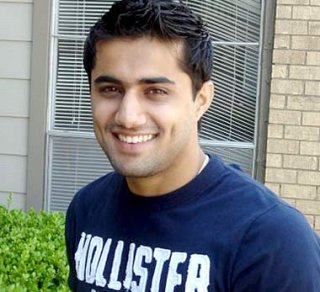 TV actor Vishal Karwal, popular for reality shows like "Roadies" and "Bigg Boss", will be seen in a forthcoming episode of crime-based show "Encounter".

The show, hosted by actor Manoj Bajpai, features stories about events that have happened in Mumbai between police and gangsters.

In the episode to be aired Friday, Vishal essays the role of police officer Vikas Sawant.

"I prefer doing action and adventure. I chose to do 'Encounter' because it had some work for me to do unlike in TV soaps where a female is in the limelight as a lead, and men are not given much preference," Vishal told over phone from Mumbai.

The actor started off his career with reality TV show "MTV Roadies Season 4" in 2006 and was later seen in a few more shows like "Spitsvilla" and "Bigg Boss Season 6".

He made his debut in fiction shows with Bhagyavidhaata as Vinay Sinha. Later, he was seen playing Lord Krishna in Dwarkadheesh - Bhagwaan Shree Krishna, which aired on Imagine TV.

cooks09 9 years ago don't care much about this drug addict singer who has been charged for so many issues... loved him as a singer long back but not any more