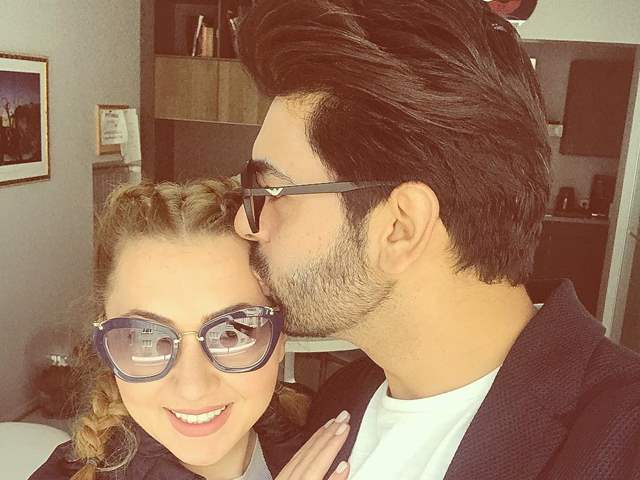 Vipul Roy, who got engaged to his US based girlfriend, Melis Atici last year in October is all set to take the relationship a step ahead by tying the knot next year. However, Vipul revealed that the couple will first like to know each other better, for which they have decided to live-in.

Melis Atici, who is from Turkey, lived in San Francisco for over ten years. She recently moved to Mumbai and got engaged to Vipul Roy in October last year.

Speaking to Bombay Times, Vipul Roy said that, “During her earlier visits, I would take a break from work and we were always together. But now that she has relocated here, that won't be the case. We have decided to live-in so that we get to know each other better.”

He added that Melis stays too far to plan a wedding and he wants to prepare her for the Mumbai life.

“Firstly, she was staying too far to plan a wedding. Most importantly, she has to understand that she is moving to Mumbai, which is polluted and overpopulated. Basically, I want her to be prepared for a life in Mumbai," he added.

Vipul Roy is widely known for his roles Indian Television shows such as F.I.R and Sahab Biwi Aur Boss.

Deepika Singh opens up on being Body Shamed post son's ...
12 minutes ago

Re-entry of This character in Mere Sai!
29 minutes ago

Rubina Dilaik On Participating in Nach Baliye 10 With ...
36 minutes ago

Katrina Kaif Turns Messiah For 100 Background Dancers, ...
an hour ago

From warm water to citrus fruits: Celebs share tips to boost ...
2 hours ago