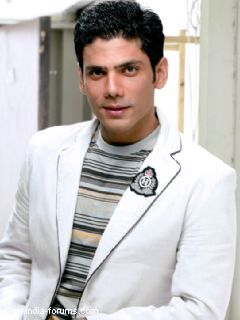 Our source says, "There is a Maha movie episode coming up for Savdhaan India which will be based on the lives of commandos. Vipul Gupta of Meri Bhabhi fame has been roped in to play a commando in the episode. He has already finished shooting for the episode."

When contacted Vipul, he confirmed the news saying, "It's been a very good and a different experience while shooting for the show. It has been shot at the real locations in the jungles and I had to perform stunts which were out of my comfort zone but it was a good fun."

"The scenes have been shot brilliantly and playing an Army guy was a great experience," concludes Vipul.

7 years ago Love u Vipul...u have done a brilliant job in meribhabhi...our lovely Anand...come soon and all best for ur future projects...

7 years ago Vipul gupta...ur superb actor...loved u as anand in Meri bhabhi

7 years ago Vipul really happy to see u in this army avtaar :)

7 years ago Hai Vipul look soo charming and handsome in this avatar...waiting for ur banging reentry...love u...

7 years ago wow...vipul is back with a bang!!! yippee!!! waiting for ur stunt as a commando now!!

7 years ago Vipul Gupta you are the best. .. cant wait to watch you in action... love you

7 years ago Wow.. That's Great.. Excited To See Him Onscreen Once Again..:)