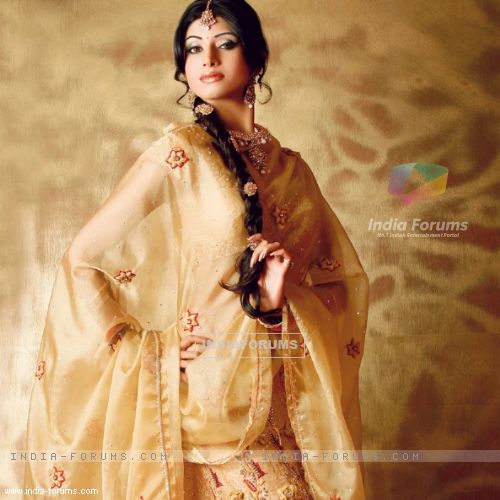 Shashi Sumeet Mittal's much admired and top rated show Diya Aur Baati Hum on Star Plus will see many faces in its show as the storyline is becoming more enthralling and captivating. We earlier reported about Jyoti Sharma entering the show and here we come across another news about Vindhya Tiwary as a new entry in the show.

We got in touch with the talented actress and she seems quiet excited for her new venture. When we asked her about the character she says, "Yes I am entering the show as Prema who is an independent village girl. There are chances of Vikram (Gautam Gulati) falling in love for Prema because of her simplicity. I am happy to get cast for Diya Aur Baati Hum as it ranks number one on Star Plus."

She further adds, "I was in talks for this show, Shashi ma'am has told me earlier that I am going to cast you in my show with an interesting character and so she did. Today my first episode will go on air and I am quite excited to be with Star Plus again after doing Maryaada."

As per the source, "Later it will be seen that Prema's character turning into a negative one."

We wish Vindhya Tiwari all the best for this new venture.

deejagi 6 years ago I hope Vindya's role will not turn negative and she being one of the Terrorist from Rajkumar's gang.

b2011 6 years ago Hope she is not negative as mentioned here, maybe Meena learns a lesson from her on motherhood and male/female child discrimination.
Vikram is a good character next to Suraj in the show and hope CVs do not ruin it.
Diya Aur Baati Hum best.

Incense 6 years ago emm wat ! no offence to vindhya's fans but its kind of unfair to vikram character the only RP member i loved in DABH ! arghh cv anyways tfs !