ALT Balaji series Broken But Beautiful starring Vikrant Massey and Harleen Sethi in lead roles gained immense popularity for it’s refreshing storyline and sizzling chemistry between the lead pair. The first season of the series revolves around love, heartbreak and how two heartbroken people find solace in each other’s company. Veer (Vikrant Sethi) and Sameera’s (Harleen Sethi) dynamic relationship is something to look out for.

Veer is bereaved as his wife died in an unfortunate accident which leads him to depression and he hallucinates about talking to her. On the other hand, Sameera has been dumped by her boyfriend of five years for another woman and even after one year of their break up, Sameera is still not over him and seeks for a closure. The story is extremely relatable and is beautifully spun. Not just the story but even the songs were a huge hit.

After a huge demand, makers are finally bringing back season 2 of the series. Harleen confirmed the news with us a long time ago and since then we’re excited to find out more about it. Well, the actors have recently wrapped up shooting for season 2 and their looks will be out soon. 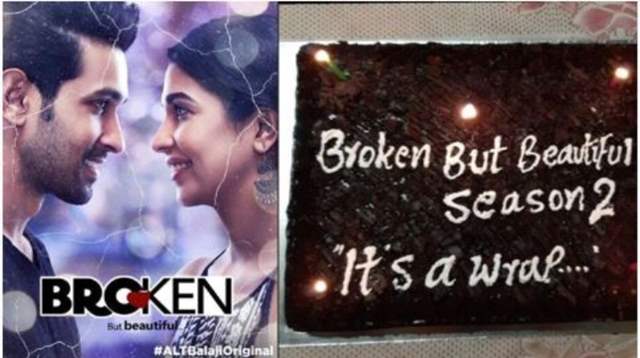 The first season ended on a heart-wrenching note where both Veer and Sameera broke the glass ceiling and moved on from their past to start afresh, but the audience’ expectations were shattered when the two didn’t come together in the end. We wonder if Veer and Sameera will fall in love this season or it is going to be a complex relationship. Either way, we’re eagerly awaiting to see Broken But Beautiful 2, are you? Let us know in the comment section below.

Gulki Joshi: I can understand the stress the cops go ...
41 minutes ago

review
Review Gangs of Filmistan Promo: Sunil Grover is the highlight of ...
46 minutes ago

Pooja Bhatt Hits Back at Trolls as Sadak 2 Trailer Trends ...
58 minutes ago