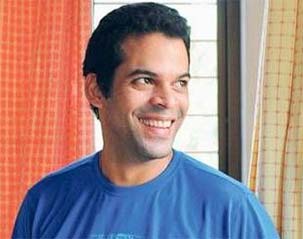 Filmmaker Vikramaditya Motwane and film critic Anupama Chopra have come on board as co-judges of a contest where budding filmmakers will show their creativity in recreating Hollywood classics in 60 seconds.

Done In 60 Seconds, the initiative by creative crowdsourcing company Talenthouse India in association with popular brand Jameson, aims to challenge budding filmmakers to pay homage to their favourite Hollywood classics by recreating the movie in 60 seconds, said a statement.

This could be through animation, claymation, or live motion.

The shortlisted entries will be judged by Motwane and Chopra, who are excited to look at the creative interpretations.

"I'm always excited to see what young and emerging filmmakers are up to and I think Jameson's 'Done in 60 seconds' is a fantastic challenge for them to show off their talent and their love for the movies," said Motwane, who has helmed Bollywood film "Udaan".

Chopra, who has been in the industry for over two decades, said: "The initiative is a super way to discover new talent. It's also great fun for both the filmmaker and us judges. I can't wait to see what all we accomplish in 60 seconds."

This short film competition sees aspiring filmmakers from India pitting their entries against contestants from 19 other countries worldwide.

The Grand prize winner will travel to Britain to attend the Jameson Empire Awards in January 2014 where their winning entry will be featured as part of the Done in 60 Seconds category.