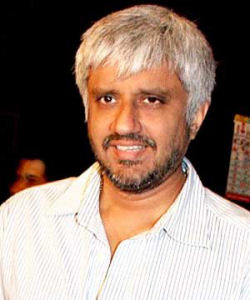 Director Vikram Bhatt is well-known for his horror films like Raaz and 1920. His next movie, Shaapit, which is slated to release on the 19th of March, is another horror flick starring singer Udit Narayan's son, Aditya Narayan, who is an idol among adolescenets post his Zee hosting fame, and Shweta Agarwal.

His decision to use relative newcomers stems from the fact that newcomers look more vulnerable, unlike the senior and established lot. Apart from using newcomers to heighten the frailty of the characters, Vikram is also using the Witches' alphabet, Theban. Actor Rahul Dev's character makes use of Theban to hide messages from people who are not supposed to know them.

The origins of the Theban alphabet are unclear to researchers, but it is commonly used in Wicca to hide messages and also to cast spells. Theban is also known as the Angelic script, as some believe that writing out a plea to an angel in Theban makes the plea more effective.

Whether or not Bollywood audiences will be chilled by a language that they are unfamiliar with, we believe that following the successes of Raaz and 1920, Shaapit will no doubt do well in the box offices too!

Saying Goodbye To 'Keeping Up With the Kardarshians' - ...
6 hours ago