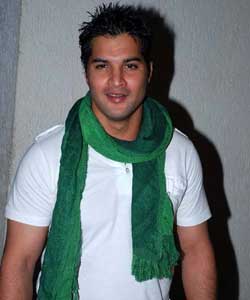 According to our source, "Vikas Sethi will play the character of Vikram who is obsessed about Geet (Drashti Dhami) and loves her a lot. Further mystery will be revolved around this character which will be revealed at a later stage."

Off late, a lot of suspense has been built around this character as an anonymous person is helping Geet. In the near future it will be revealed that its Vikram (Vikas Sethi).

We tried calling Vikas Sethi but he was remained unavailable for comment.

We hope Vikas manages to attract the audience's interest with his obsessive streak...

ChannelizedWing 7 years ago Have a blessful day Drashti Dhami
I pray, You get huge success in ur new venture and lots of happiness !!!!
Love u so much !!!!

chavvi.prasad 7 years ago Drashti Dhami You are amazing actress
and GHSP is my fav show

princesdrashti 7 years ago the most expressive actress on indian television..love u drashti

scarlett-o-hara 8 years ago I had liked this track very much. Drashti...

Akshay Mhatre talks about the importance of a mother's hand ...
9 minutes ago