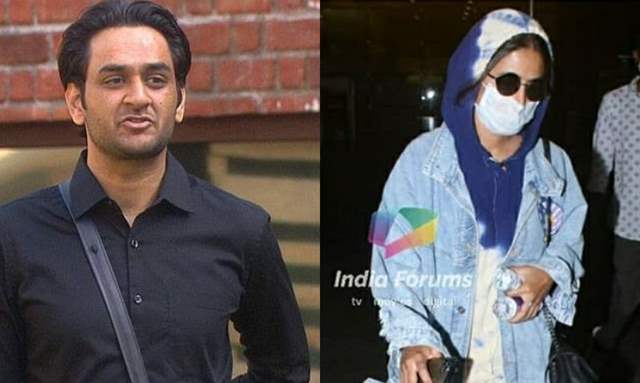 Hina Khan has suffered an unbearable loss as her father passed away due to a cardiac arrest. The actress was in Kashmir when the news came in and hence, she soon took the first flight home yesterday and returned to Mumbai late in the evening. The actress was snapped at the airport, and while she was covered up, the paps did click her photos. While that is a regular ordeal and the job that the paps were doing, it is the insensitivity that she was put through that seems to have irked Vikas Gupta.

Vikas shared a video on social media as to how she was meted with a rather insensitive behaviour despite asking the paps to let her go. He wrote, ''Someone has lost their father and is requesting you to let her go to her family but still someone shout face pe light maar and the pap doesn’t stop.'' He further added how Hina was still being courteous, however, he is disappointed at how the paps behaved here.

Hina and Vikas bonded over during Bigg Boss, however, the two were in the news in 2019 for reportedly having a spat. Nonetheless, neither of them has spoken about it or addressed the rumours, and this tweet from Gupta, may have come at a time when she needs support the most.

May her father's soul rest in peace and more strength to the actress and family!

Hina Khan arrives in home after knowing about father's passing away

+ 4
17 days ago Indian papz are very getting to a place where US papz are. No decency at all and not regard whether situation warrants a pic or not. At least at a time of mourning celebs should be given space. Thankfully they did not release pics of Hina doing funeral rites. I wouldn't surprised if they tried to get those too.