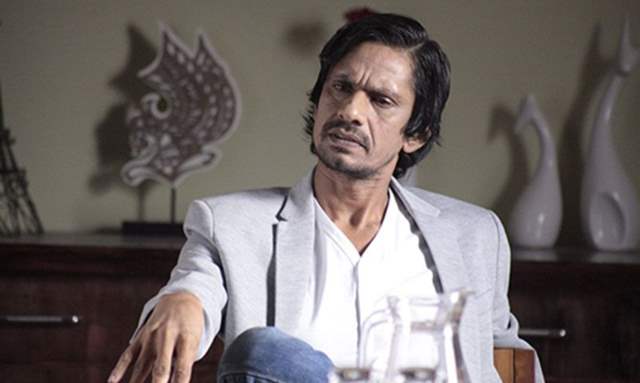 Vijay Raaz was recently arrested from Gondia city in Maharashtra for accused of molesting a female crew member and a case has also been registered. The actor was reportedly arrested from a five-star hotel on Tuesday morning and was granted bail the same evening.

The Run actor returned to Mumbai as he received an email dated Nov 3, 2020, from the film’s makers Abundantia Entertainment Pvt Ltd, stating his temporary suspension from the film due to the complaint received.

During a recent interview with Bombay Times, Raaz spoke about the allegations and he is surprised that his services from his forthcoming films have also been canceled.

Women’s safety is of prime concern. I have a 21-year-old daughter, so I understand the gravity of the situation. I am all for an investigation by the authorities. However, to ostracise me, suspend and terminate my services from my forthcoming films even before any sort of investigation, is shocking. I have no words to express. It’s a very dangerous place to be in. I have been working in the film industry for 23 years!

The actor’s comment comes after the producers - Vikram Malhotra and director Amit Masurkar set up an Internal Complaints Committee (ICC) to probe the matter. The ICC is reportedly making sure that they take the complaints seriously and will probe the molestation charges against Vijay Raaz.

The 57-year-old actor further spoke about his career and wondered how can anyone sabotage anyone’s career. He also mentioned that people are bound to make judgments without hearing the other side of the story. He also highlighted that he has been pronounced guilty even before the investigation.

Bohot mehnat se maine apna career banaya hai. Tinka tinka jodke maine apna ghar banaya hai. Anybody can sabotage anyone’s career? Kisine bol diya aur aapne maan liya that I am a harasser? People are bound to make judgments without hearing the other side of the story. No matter what the outcome of this case, aap pe ek thappa lag jaata hai. I have been pronounced guilty even before the investigation. My right to earn a livelihood is badly affected. Am I not the victim here? My old father who lives in Delhi, also has to face the society and so does my young daughter.

Earlier, a female crew member on the basis of anonymity told Mid-Day about the incident which happened in full view of the 30-member team that had reported to work on Monday. Meanwhile, on the other hand, the complainant’s friend also claimed that this was the fourth time Vijay Raaz was rude to her on the set.

On the work front, Vijay Raaz has been a part of many films like Gully Boy, Run, Dedh Ishqiya, Dream Girl, Gulabo Sitabo, Stree, Pataakha, Dishoom, and many more