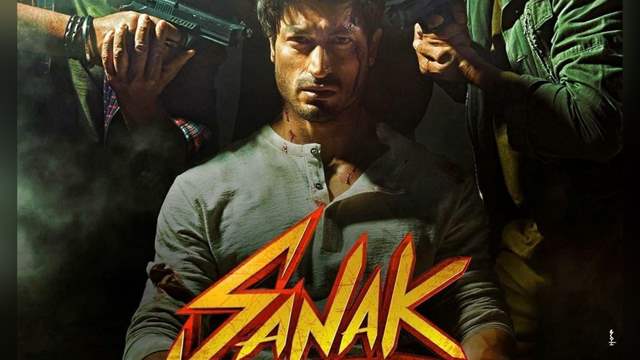 No actor does action like Vidyut Jammwal, who is back to impress the audience with his next action extravaganza film titled Sanak. He announced the film by sharing the first look from the film.

Vidyut is the central character and is pairing with Vipul for the fifth time in his career. It also stars Chandan Roy Sanyal, Neha Dhupia and Bengali actress Rukmini Maitra, who is making her bollywood debut with the film.

Talking about the film, Vidyut shares in a statement shared by his team: "I believe that every human being has a Sanki side to them. I'm collaborating with Vipul Shah for the fifth time with great excitement. Sanak captures a common man's emotional journey . I'm grateful for my fans who enjoyed Khuda Haafiz. It makes me really hopeful and excited that Sanak too will receive lots of love and affection from the audience."

Vipul has brought movies like the Commando franchise, Holiday, Singh is Kinng, Force and many more. These films are fresh in the minds of the audience even today where he has always produced content that ages well. With Sanak, we can expect another great story in the making. It needs to be seen what action-packed ace card is up Vipul's sleeves this time around.

Presented by Zee Studios in association with Sunshine Pictures, Sanak is a Vipul Amrutlal Shah production, directed by Kanishk Verma.