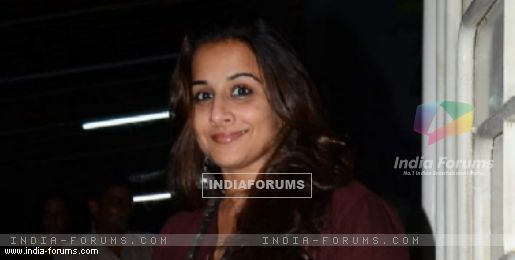 Actress Vidya Balan trained with a florist for her role in "Hamari Adhuri Kahani".

In the Mohit Suri directorial, Vidya plays the role of a florist who works at a hotel owned by Emraan Hashmi's character -- a hotelier.

Vidya wanted to be trained with a florist to look authentic on screen. Suri agreed and hired a trained florist from a five-star hotel in Mumbai.

"Vidya is known to give her very best for the roles she gets sold on to, and she got deeply connected with her character Vasudha in 'Hamari Adhuri Kahani'. She wanted to give 200 percent for the film and as a director I was simply thrilled to have a talented actor like her investing so much for my film."

"We hired a florist who trained her for the part. We were all amazed at her dedication to even get into such intricate things. No wonder audiences love what Vidya Balan has to offer in her movies," Suri said in a statement.