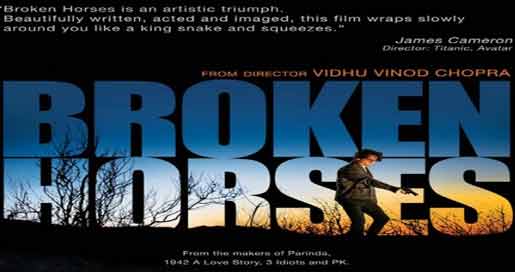 Chopra is hosting the screening of his maiden Hollywood venture, and it will be attended by the likes of Ramesh Sippy, Pradeep Sarkar, Sudhir Mishra, Sriram Raghavan, Abhishek Kapoor, Vikramaditya Motwane, Vikas Bahl, Tigmanshu Dhulia, Subhash Kapoor, Bejoy Nambiar and Nikhil Advani to name a few.

The event is slated for this Monday evening, read a statement.

Written, directed and produced by Chopra, "Broken Horses" is creating a buzz globally since the time of its trailer launch, which had legendary actors Amitabh Bachchan and Aamir Khan sharing the stage.

Set in the shadow of the US-Mexico border gang wars, "Broken Horses" is a thriller about bonds of brotherhood, laws of loyalty and futility of violence.

The film is co-written by Chopra and Abhijat Joshi, and is based on an original story by Chopra.

It will be distributed and marketed by Fox Star Studios in India.