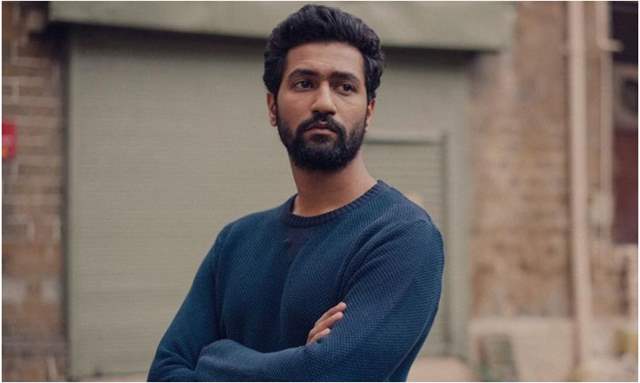 Bollywood actor Vicky Kaushal has definitely come a long way ever since he was offered a leading role in an independent drama Masaan (2015), which earned him the IIFA and Screen Awards for Best Male Debut. Since then the actor has successfully managed to carve a niche for himself in Bollywood.

During a recent interview with Cosmopolitan India, Vicky opened up about the stardom and fame’s impact on his personal life and mentioned his favourite thing about stardom. He also revealed that fame has made him a 'more self-assured person and has changed him for a good.

Vicky is also regarded as one of the most talented actors that we have today and he thinks that with fame "one becomes a little guarded as one’s personal lives suddenly come into the public domain, the discussion and scrutiny affects the loved ones your personal lives."

He also shared, since one’s personal lives suddenly come into the public domain, the discussion and scrutiny affect the loved ones. He also pointed out that earlier he was forthcoming about everything in life, but now that isn’t the case since the stuff is written about anyone without any authenticity.

“Earlier, I was more forthcoming about everything in my life. But stuff gets written about you without any authenticity, without it being cross-checked. It almost becomes a game of Chinese whispers—how it starts and how it ends are two completely different stories altogether. And then you have to offer up several clarifications and justifications. So, with time, I have learnt to be more careful about issues that are not work-related, and to safeguard my privacy,” said Vicky Kaushal.

Vicky also stated that earlier he was more forthcoming about everything in life, but when stuff gets written about him without any authenticity and being cross-checked, it almost becomes a game of Chinese whispers. He also added that he has learnt to be more careful about issues that are not work-related and to safeguard his privacy.

He further contended that while he enjoys the love and affection he receives from fans, which he said is his 'favourite part about being famous, he doesn't enjoy the judgment passed on social media.

“I don’t like the way things work on social media—you get judged too soon. The appreciation is a blessing, but sometimes, this uncalled-for trolling can be upsetting,” he added.

Vicky Kaushal has starred in films like Raazi, Uri: The Surgical Strike, Sanju, Manmarziyaan and many more. The actor continues to impress his fans with apt performances and his ravishing looks.

Vicky Kaushal tests Covid Negative, Prays for all those recovering: ...