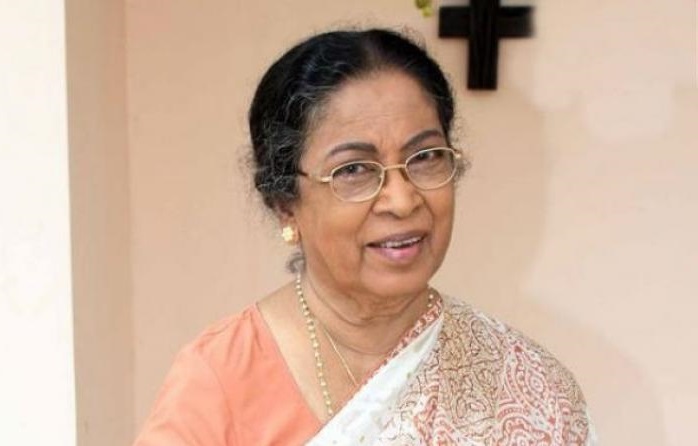 Veteran Bollywood and Marathi cinema, stage and television actress and director Sulbha Deshpande passed away here in Mumbai on Saturday. She was 80.

She was a recipient of the 1987 Sangeet Natak Akademi Award for Hindi-Marathi theatre acting.

Starting her life as a teacher in Chhabildas High School, Dadar, Sulabha's romance with theatre began when she asked the famous author-director Vijay Tendulkar in the 1950s to write some plays for the school students.

Tendulkar, along with Vijaya Mehta, Shriam Lagoo and Arvind Deshpande, who later married Sulabha, were the initiators of the experimental theatre movement of the 1960s and 1970s, which she (Sulabha) joined subsequently.

Over the years, Sulabha acted in scores of movies, mainly in lovable mother or grandmother roles, or evil mother-in-law characters, in both Hindi and Marathi films, besides key roles in several TV serials and Marathi theatre, her first love and earned critical acclaim as well as audience approval.

On stage, she acted in Marathi plays like "Shantata! Court Chalu Aahe", "Sakharam Binder", "Baba Harvale Aahet", among many others.

She was seen on the small screen in serials like "Rishtey", "Badalte Rishte", "Tanha" and "Mrs. Tendulkar" among others.

In 1971, Arvind and Sulabha co-founded 'Awishkar', a theatre group and its kids wing 'Chandrashala' which imparts training and performs professional children's theatre.

Top Bollywood, television and stage actors, directors and her colleagues expressed shock at her death.