New Delhi, Feb 18 (IANS) Most actors his age opt for various techniques to maintain their youthful looks, but 38-year-old multilingual actor R. Madhavan says many people still find him cute and reveals that his 'no meat' diet is what keeps him going.

'People find me cute even at this age and I'd like to live with my cute image. I don't want to change it. It's the biggest compliment one can ever get,' Madhavan told IANS on phone from Mumbai.

Asked what the secret behind his great, glowing looks was, the actor said it was his 'healthy vegetarian diet'.

Maddy, as he is fondly called, was voted the 'cutest male vegetarian' in an online poll by People for Ethical Treatment of Animals (PETA) in 2006.

Madhavan shuttles between Bollywood and Tamil cinema. So how does he balance the two?

'It's not at all difficult for me. I'm a south Indian who was born in the east (Jamshedpur) so (there is no problem) as far as language is concerned. I do one film at a time, so it's pretty chilled out for me,' he said.

Madhavan forayed into Bollywood in 2001 with Gautham Menon's 'Rehnaa Hai Terre Dil Mein' opposite Dia Mirza. The film did average business at the box office but made him a household name. He was then seen in dud 'Dil Vil Pyar Vyar' (2002) before taking a sabbatical from Bollywood to concentrate on Tamil films. And he succeeded in making it big in the south.

Three years later, the actor resurfaced in Hindi films with 'Ramji Londonwaley', a Hindi remake of Tamil film 'Nala Damayanthi'. But the film didn't work and once again the actor failed to resurrect his Bollywood career.

Lady Luck smiled on him in 2006 and his flagging Hindi film career got a new lease of life with a cameo in Rakeysh Omprakash Mehra's super hit 'Rang De Basanti'. This was followed by a pivotal role in Mani Ratnam's 'Guru' (2007). He has since then been seen in cameo appearances in movies like 'Delhii Heights' (2007) and critically acclaimed 'Mumbai Meri Jaan' (2008).

The actor currently has a bevy of Hindi projects in his kitty - '13B', 'Sikandar', 'Three Idiots', 'Teen Patti' and 'Sunglass', to name a few.

While Madhavan has a variety of roles to perform in each of his films, not many know that '13B', a supernatural thriller, is simultaneously being made in Tamil by the name of 'Yavarum Nalam'. Both films are slated to release March 6.

' '13B' is about a middle-aged man, who finds that his family's life has been taken over by TV and how he tries to bring them back to reality,' said Madhavan.

He added that the film tries to show what could happen if the TV influenced everyday decisions.

'The film is quite exciting. I bet people will fear watching TV even in the afternoon after seeing the film. However, we have tinkered with the Tamil version a bit. It's a different film with a different cast and slight changes in the plot. But it is equally horrific,' the actor said.

Madhavan is equally upbeat about his film 'Teen Patti' where he teams up with superstar Amitabh Bachchan.

'There's no one beating Mr. Bachchan when it comes to acting. He is outstanding. He is a phenomenal actor and a thorough gentleman. His natural skills at acting just bowled me over and I've become an even bigger fan of his after working with him,' he said. 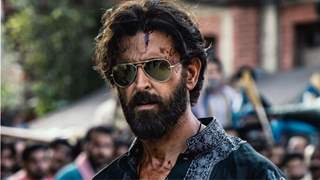 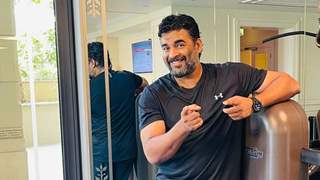