View Profile
The drama is taking some sharp twists and the viewers are hooked.

Smriti Irani’s venture seems to be playing all the cards right as far as the drama is concerned. We managed to get a peak at what is in store for the viewers this week. 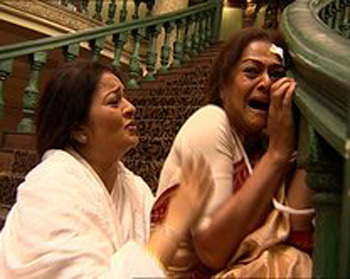 Vasudha brings Shalini home after the accident, and Vedika, knowing Shalini's identity and it's repercussions if became known, does her best to send her away. On the other hand Uttara , realizing the problem Shalini’s presence in Dhirendra’s house could create, asks her son Sushant to get her out of the house. All attempts to get Shalini away from Vasudha prove futile.

Dhirendra comes to know Shalini is the accident victim, and his sadistic mind now wants to play this trump card to get back at Uttara. Dhirendra invites Uttara home for dinner on the pretext of finalizing the wedding plans. Uttara realizes it's a trap but accepts the invitation. Dhirendra is looking forward to the meeting between Shalini and Uttara. His sadistic mind is looking forward to their meeting in his house. At the dinning table the inevitable happens. Shalini's past provokes her and she decides to take revenge and how? Vasudha gets stabbed. 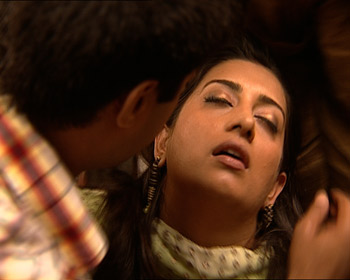 Will Dhirendra save Vasudha whose life is in danger? Did Shalini stab her own daughter intentionally? What will happen to Vasudha now? Is the time ripe for Vasudha to get to know about her father's evil past?

Do not Miss Virudh tonight!! You may never know whats in store!! 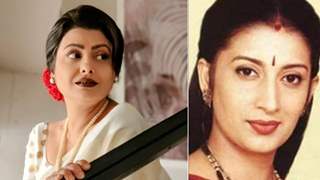 15 years ago Thanks for the interesting article, please keep us updated, nice job thank you so much!

much better than ekta serials..
thanks smriti for giving us such a gr8 show!!!

I think Virrudh is a serial which has broken the myth that viewers wnat to see only saas bahu stories...
I hope more TV producers take a leaf out of Smriti's book and try to dole out some decent television software

Ekta ..are you listening??

+ 3
15 years ago Virudh is doing very well..
Cant wait for more twist and turns in the show.. Good job Sree di with the article!!!