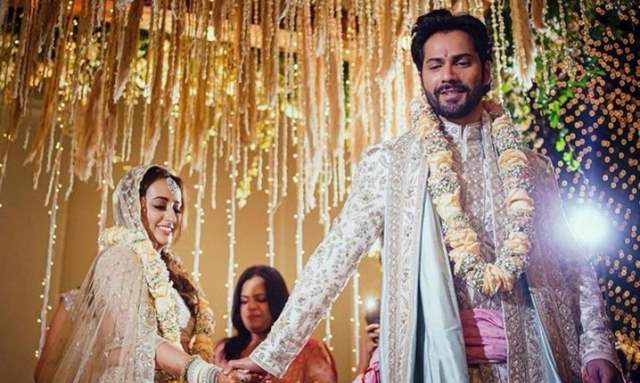 Now, the entire film industry has taken social media to wish the newlyweds and those who were already married welcomed him to the club.

Deepika Padukone took to Varun as she wished them "lifetime of love and companionship" while her husband Ranveer Singh wrote in the comments section of Varun's post, "Wish you lifelong happiness and joy."

Varun's Sui Dhaaga co-star and friend Anushka Sharma wrote in Varun's comments section on Instagram, "Congratulations VD and Natasha...wishing you both a lifetime of happiness, growth and togetherness."

The wedding ceremonies began in on Friday with Varun’s bachelor party followed by their Mehendi, Haldi and Sangeet ceremony. 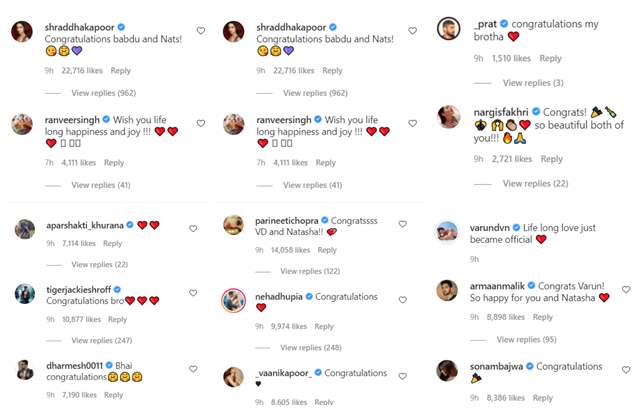 Meanwhile, several reports suggest that since not many people could be invited to Varun-Natasha’s wedding ceremony; a reception will be hosted on February 2 in Mumbai, which will see film fraternity people in attendance.

Earlier, Varun and girlfriend Natasha got secretly engaged in a hush-hush ceremony in 2018. It was an extremely private ceremony with only members of the family present on the occasion.