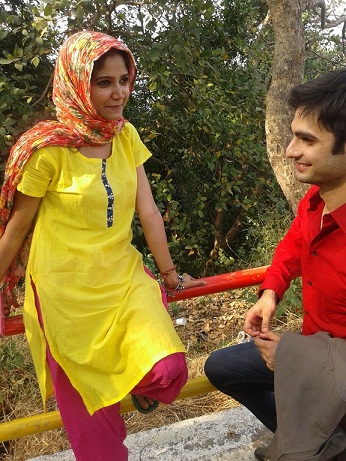 Actors Varun Kapoor who was last seen as Dany in Saraswatichandra on Star Plus and Raatan Raajputh last seen in Fanaah on MTV India are all set to feature in a short film titled as The Perfect Smile.

We got in touch with Varun to know more about the short film for which he said, "The story is about a dumb and deaf girl essayed by Raatan Raajputh who runs a small shop where she sells Tea, Maggi, Omlete and more to earn her livelihood. She never smiles because of the customers who behave rudely with her as they don't like whatever she serves as sometimes she adds more slat in the food or the food is half cooked and so."

He further adds, "The male protagonist comes every morning at her stall and observers everything to know the reason of her depression and why does she never smile. So he does something for that dumb and deaf girl which will bring a smile on her face. It is approximately a nine minute short film."

u were rocking in Fanaah