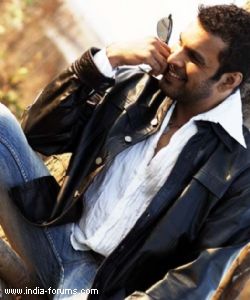 A source says, "Since Vaqaur stays a little away from a location the production had send some travel car to pick him up from the resort where he was staying to the shoot. On the way, seems like the driver was sleeping and lost his control at the speed of 120 while driving. He felt a jolt when he saw the truck coming in front of his vehicle and within a snitch of time he got control over the balance."

We contacted Vaqaur who recalls this incident. "I got so scared. The production people sent me a travel car to pick me up and don't know how the driver was driving at the speed of 120, I think he must have not slept whole night. A truck came in front of our car but he got hold of the balance. Anybody at my place would have got scared and I immediately called the production people and told them to send me another car."

Kangana Ranaut Vs Anurag Kashyap: Actress ‘Steps Back’ after ...
33 minutes ago