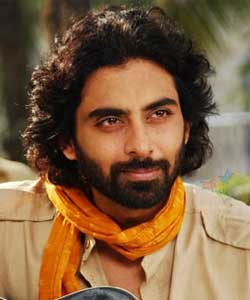 Life has upturned for Ichcha (Tina Dutta) and Veer (Nandish Sandhu) after the unexpected return of Vansh (Rohit Khurana) in Colors' Uttaran. All their efforts to expose him as Rocky have gone in vain and Vansh is now hell bound to ruin Ichcha's life. But it seems like all this is going to see the climax in the upcoming episodes.

In the previous episodes Ichcha had also called him namard which aroused the anger in him. This instigates to the next high point of the story.

A source says, "In the coming episodes, Vansh will be seen in his nasty best as he will try to rape Ichcha when no one is there at home. This will be the next big high point in the show."

"Also, Vansh's track will also end by this month and we are getting into the climax where he will ultimately get exposed to everyone", adds source.

When contacted, Rohit Khurana was unavailable for comments.

Vansh became an iconic psychic villain of television which gained a lot of popularity for Rohit. With his comeback in the show, Rohit got his second innings to prove himself which he successfully did. But now it comes as a shock as his track is on the verge of its end.

Will Vansh succeed in his evil deeds? Let us wait and watch.

rpuran 8 years ago this show was really good once upon a time.. but it has lost its charm.. better to end this show on a good note, rather than dragging it..

Darling_Forever 8 years ago I don't know what to say where TV today ends shows like GEET and PKYEK who had 2+ Millions fans and fighting for it to save but they end it. Those shows were just 1 yr old and they didn't even get proper ending as there were so many tracks were left. but here there are shows still running with no story and idk how many yrs old shows :/ So injustice to the fans :(

Yuvika_15 8 years ago they shud nt hav bought him bk...its stupid tht the family started believing he was vansh considering vansh's dead body was clearly shown

Mohini19 8 years ago oh gosh...I'm shocked beyond words. I think I saw a few episodes of this show way back in early 2009. It was pathetic even at that time.
How come this show is still on air? Definitely something wrong with the audiences...

nutmeg7 8 years ago if they still have guts to kill the audience with this crap, in 3 months there will be another article saying rohit khurana enters uttaran once again... END THE DAMN SHOW

LimitLessFan 8 years ago i simply hate Kmata shows for the garbage she used to dish out, this show puts Kamata to shame ...
Pehale hero ka epic rape, now heroine ka ... wonder who is next?
Nandish, avg actor, Tina chaltha and rashmi over acting , this cast is irritating with their off screen dramas ...
this show should end there had been some nice shows which went off air, why not scrape this bakwas nonsense show ?

palma0211 8 years ago they waited too long to bring him back in some way or the other.. sorry it did not work out..good actor...show is as good or bad as any of the shows on air these days...if u have energy to complain about it you have also energy to change the channel to "oh another sob story" or switch it off...or read a book ;-)