New Delhi, May 28 (IANS) A distant uncle of former prime minister Atal Bihari Vajpayee is all set to foray into Bollywood.

A chemical engineer by profession, Trinetra Bajpai returned from Britain to India two years ago. He lived in London for more than 18 years.

Now he has diversified, venturing into the entertainment sector with a company called Kanika Multiscope Pvt Ltd that aims to make films and serials.

'I have diversified into entertainment because of my wife Kanika, who was involved in TV serials and theatre. I have already made a serial 'Bikhri Aas Nikhri Preet' for DD1. It is based on my mother's novel 'Vyavdhaan'. It's a tribute to my mother who was a professor of Hindi in Banaras Hindu University,' Bajpai told IANS on phone from Mumbai.

Ask him about his relationship with the former prime minister, who turned 83 in December last year, and Bajpai laughs: 'We are distantly related. I am related to him from my father's side. I am just 58 and still he is my nephew!'

'Films are at the scripting stage. Our first is going to be a historical. It will be about the golden period of Indian history. And the budget will be between Rs.500 million and Rs.1 billion. The rest of the details we will finalise after the scripting part is over,' he said.

His film is expected to go on the floors after his television serial completes 52 episodes in April next year.

'I'm planning it to make it on an international scale. By international, I mean I will rope in financiers from abroad to invest money in the film.'

Tell him Indian production houses like Adlabs, Big Entertainment and UTV are investing big money in Hollywood projects, he quipped: 'I am new here and secondly it is better to work with known people.'

'That is true. My daughter has written the dialogues and screenplay of 'Bikhri Aas Nikhri Preet' and now she is writing the script of the historical.'

For the serial he teamed up with some of the stalwarts of the industry. He roped in Lekh Tandon who directed films like 'Professor', 'Jhuk Gaya Asamaan' and 'Dulhan Wohi Jo Piya Man Bhaye' to direct the series, Khayyam to score the music and Naqsh Llyallpuri to pen the lyrics. 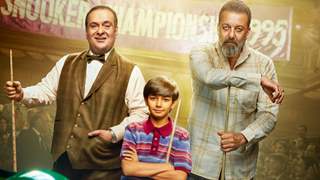