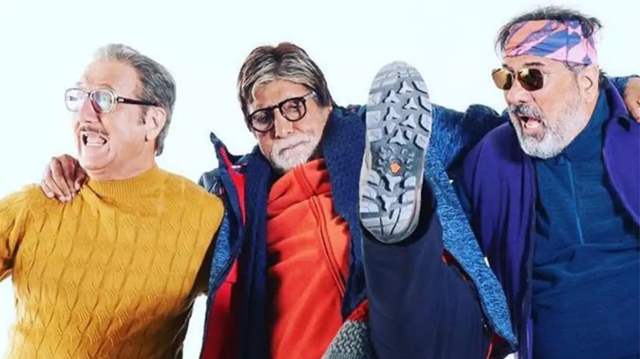 Fans have been elated since the announcement being made of how Rajshri Productions will release another film titled Uunchai. Sooraj Barjatya is revving up for his next endeavour, Uunchai, after the triumph of Prem Ratan Dhan Paayo, starring Salman Khan and Sonam Kapoor.

Parineeti Chopra, Amitabh Bachchan, Boman Irani, Anupam Kher, and Neena Gupta will all play significant roles in this film. The actors had been providing us with photographs of the stunning locations where they were filming and enthralling their fans. And now, finally, Uunchai's official announcement has been made.

Rajshri Productions tweeted a photo of Sooraj Barjatya with fellow producers from Mahaveer Jain Films and Boundless on their Twitter account. The announcement read, “We at Rajshri are proud to announce our association with Mahaveer Jain Films and Boundless Media as fellow producers for our next film – Uunchai. Helmed by Sooraj R. Barjatya, headlined by Amitabh Bachchan, Anupam Kher, and Boman Irani. Uunchai is our 60th film. Coming soon!”

Meanwhile, Parineeti Chopra posted a photo of herself from Nepal, where she was conversing with Sooraj Barjatya on the set of Uunchai. Her caption read, "Parineeti wrote in the caption, “Thrilled and honoured to be a part of the iconic cinematic universe of Sooraj Barjatya sir. Sooraj sir has defined and is the torchbearer of India’s family entertainers and I can’t wait to work under his tutelage; alongside this stellar and incredible cast. Mr Bachchan, happy birthday sir! This is a special day and a special moment. @amitabhbachchan. Especially excited to be working once again with Anupam sir @anupampkher, Boman sir @boman_irani, and Neena mam @neena_gupta. And for the first time with Sarika ma’am and Danny sir.”

Fans are eagerly waiting to witness this ensemble cast come together and give a great show.