The company's total revenues increased to Rs.1.45 billion from Rs.571 million in the same period in the previous fiscal, a 154 percent growth.

The UTV board, which met here Tuesday, took on record proposals aggregating $75 million, most of which are initiatives in gaming, including a start-up venture in the US.

The company has already entered into a memorandum of understanding to acquire a controlling stake in a mobile game aggregator in the US.

The company wants to have 95 percent stake in the group's indirect subsidiary, Ignition Entertainment Ltd, from the current 70 percent.

'Our interactive business caters to one of the fastest growing interactive spaces - gaming,' UTV chairman and CEO Ronnie Screwvala told the board.

UTV is the only Indian company that can produce and distribute games across all three platforms - console, mobile and online.

The company recently started a new venture in content creation and distribution for web and mobile by forming a 100 percent subsidiary, UTV New Media Limited. 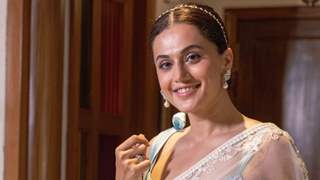 Taapsee Pannu appears bewitching in a powder blue net saree as she ...