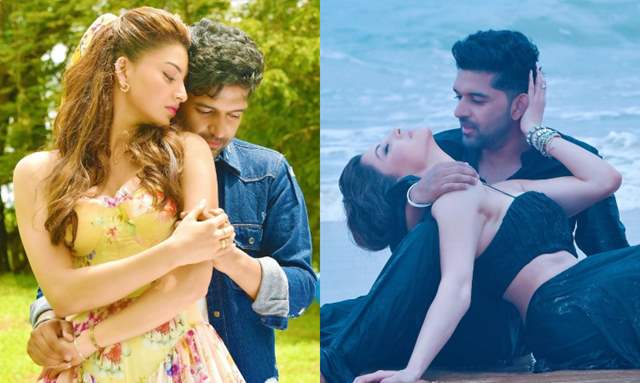 Bollywood actress Urvashi Rautela does wonders when it comes to films and music videos. The diva’s latest music video with Guru Randhawa became the most viewed music video in just 24 hours.

Urvashi Rautela’s commendable acting skills are often praised by the audience and she has made a mark with her roles in the movies like ‘Virgin Bhanupriya’, ‘Pagalpanti’, ‘Sanam Re’, ‘Singh Saab the Great’, ‘Mr. Airavata’, and many others. Apart from films, Urvashi also excels in music videos.

Her latest music video ‘Doob Gaye’ features her with Guru Randhawa and it follows a very interesting love story between them.

The song turned out to be a massive hit as it has already become trending at no 1 position on Youtube charts with 45 million-plus views. Remo D'souza has directed the music video and also choreographed the ballet-contemporary sequence that Urvashi Rautela can be seen performing on the beach. The heart-touching lyrics are written by Jaani and the music is composed by B Praak under the label of T Series Bhushan Kumar.

Talking about the dance, the actress did a very great ballet-contemporary performance that was simply beautiful. What amazed us is the expressions she carried throughout the song, those were very convincing. Urvashi Rautela Receiving praises for her impactful acting performance and flawless expressions through the heart-tugging song

On the work front, Urvashi Rautela is soon expected to be seen as Poonam Mishra in the Jio Studios web series 'Inspector Avinash' along with the actor Randeep Hooda. The actress will also be making her Tamil debut in a big-budget sci-fi film as an II tian and a Microbiologist. Urvashi Rautela has few more southern projects to do like the bilingual thriller “Black Rose” and Bollywood remake of “Thirutu Payale 2”. The most exciting one is an international music collaboration named “Versace” with the Egyptian superstar Mohamed Ramadan.

+ 2
4 days ago I don't think they are gonna break that world record of most viewed music video in 24 hours. They hardly have 46M views as of now. The record is held by Dynamite by BTS (101.1M views). I guess IF should do a little research before posting anything like this. 🙄