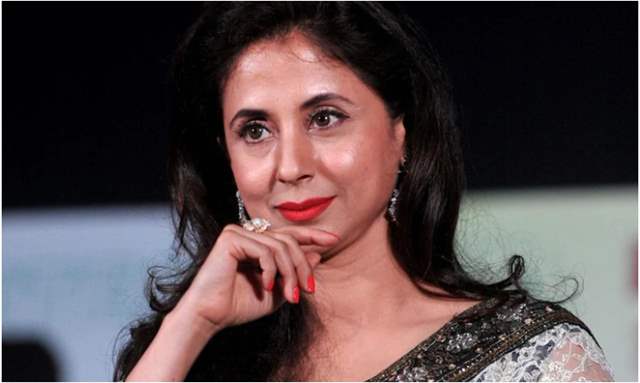 Urmila Matondkar has reignited the conversation about nepotism in Bollywood, which was discussed at great length this year. The actress made it to the headlines after her ugly spat with Kangana Ranaut. The two were recently seen discussing B-town's drug row. Now, Urmila was seen speaking about Nepotism and how she was written off in the industry.

However, she highlighted that despite the negatives she aimed at the positives of the industry.

During a recent interview with Barkha Dutt, Urmila spoke about nepotism and revealed that in the beginning of her career and many new faces were launched the same year as she made her debut. However, most of these faces were of people related to industry stars.

The 46-year-old actress said, “This word is called ‘nepotism’, if I start talking about it, I will have to talk for quite a few hours.”

Urmila revealed the names of the actresses who debuted the same year and also mentioned that despite being from Mumbai the actress faced an alarming degree of Nepotism.

The amount of it that I have faced, in spite of being from Mumbai, was quite alarming, to say the least. There was some 16-17 new girls who were introduced that year and out of them, some eight or nine of them were somebody or the other's daughters. I will tell you a few of them - Raveena Tandon, Karisma Kapoor, Pooja Bhatt, Kajol, lots of them.

The Satya actress also claimed to be written off by the industry; despite performing well in her debut film she struggled tremendously.

Urmila adds, "After my first film, I made a decent name for myself as a good dancer and a decent actor, and yet, I struggled tremendously. By the time I was doing Rangeela, I was written off like no other actor in the history of cinema. ‘She makes faces’, ‘her language’...everything".

The actress however concluded that she never paid attention to the negatives and was rather determined to see the positives of the industry.

Swara Bhasker, Pooja Bhatt and others come out in support of Urmila ...

Kangana Ranaut hits back at ‘Fake Feminists’; Asks, ‘Where was your ...