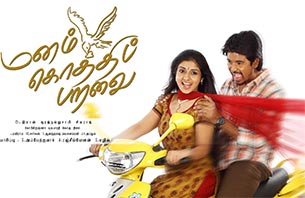 The Akkineni family's Telugu drama "Manam" followed an unconventional distribution strategy to release the movie in limited screens and it has paid off as the demand for the film following audiences' response has resulted in addition of more cinemas.

"Unlike the typical strategy of producers to distribute large number of prints to screens in one go to capture the opening weekend ticket sales, 'Manam' adopted a different strategy to open with limited number of screens and scale it up with extra screens after reading the pulse of the audience and theatre buzz garnered in real terms," read a statement from the production house.

"With the talk of A and B centers ticket rush to watch the film, even C centers do not want to be left behind. The demand for 'Manam' has been growing consistently across urban and rural pockets, thanks to positive word of mouth. The makers are now planning to release the film in more prints," added the statement.

Following the impressive opening weekend, ticket sales have gone up.

"Ticket sales recorded a 20 percent hike even on Monday, something never heard of in recent times. The movie ticket has been selling at premium in many of the single screens in rural area," read the statement.

The film has recorded impressive numbers at the box-office. It has collected approximately Rs.12.5 crore worldwide in the first four days since release.