View Profile
Latest sensation Imraan Khan is having a fabulous 2008. The actors debut film Jaane Tu Ya Jaane Na is still rocking the cinema halls and it wouldn’t be wrong to say that Imraan has become a heartthrob amongst the younger generation. It was in the year 1988 when his uncle Aamir too created a same kind of magic with his debut film Qayamat Se Qayamat Tak. 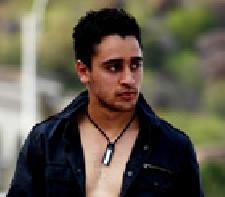 Featured Video
It seems uncle Aamir is recollecting that golden moment and is very happy with the remarkable response his nephew’s first film is receiving. Aamir has not only gifted Imraan an opportunity to act in his forthcoming film Delhi Belly but recently he also presented Imram the latest model of BMW. The car costs about Rs. 50 lakhs and is white in color.

Well, Imraan we hope you enjoy a nice long drive in this romantic monsoon season. But please do let us know the lucky gal who would be seated next to you.