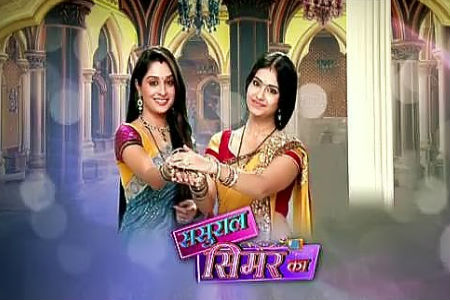 Drama galore in Rashmi Sharma's ongoing popular daily soap Sasural Simar Ka on Colors. The upcoming episodes of the show are all set to grab the viewers' attention with the twist and turn taking place in the show.

By far in the show we have seen that the Bhardwaj family has come to know about Roli (Avika Gor) and Simar's (Dipika Samson) plan in teaching a lesson to Shaurya (Rohit Khurana) on his brash behavior and wrongdoings towards Jhanvi (Falaq Naaz).

On our curiosity to know the upcoming track of the show we contacted our source who informed us, "The whole Bhardwaj family is in a state of shock as the wedding pheras between Shauraya and Roli are not interrupted. The entire family becomes furious about the ongoing things and wants to stop the marriage. Siddharth is seen getting tensed at that moment as Roli was taking a big risk, he couldn't even see what is going around."

At this moment there is a twist in the turn in the story of the show! Read on to know more...

"Siddharth hurriedly walks ahead and tells the pandit top stop the marriage as the sixth phera is about to start. Along with him the entire Bhardwaj family also walks ahead, supporting Siddharth. Also from the background we hear Roli's voice saying to stop the marriage."

Well aren't you all too wondering on if the background voice is of Roli, and then who is the girl sitting beside Shaurya and taking the pheras?

Here we unfold the true story, "The girl who was sitting with Shaurya in the marriage and the one who took the pheras was none other than Jhanvi. As soon as Shaurya see's Roli standing in front on him, he lifts the ghungat of the girl besides him and is shocked to see Jhanvi, which makes him very angry. Meghna too who is angry hurriedly comes ahead and breaks the ghat bandhan and shouts at Jhanvi."

Well ain't this really a drama galore? We are sure that this news has made the viewer's curious to know on what will happen ahead. To know more keep reading this space.

...Arjuneeti... 6 years ago Love u Avika Gor and Manish Raisinghani u guys rock as rosid!

GreyCloud 6 years ago dipika looks like a horse. Avika Gor is cute.

suhanakkt 6 years ago Love avika with her new look she look damn pretty. PH always gave rosid less nice dress but rosid are that much charming whateve they wore all become super.if someone else was in their place it would look really funny.thats we call magic of rosid and thats call artist who can carry any role at any situation. Love rosid you are rock. If you weren't in ssk in july 2011 ssk had gone for forever.love aviman and they are best.

i like avika n manish's couple.. they act so cute ^_^ n deepika is so pretty

DiptiShoaib 6 years ago Dipika Samson u always rocks . U R The Best . Love U DIPIKA Love U Simar