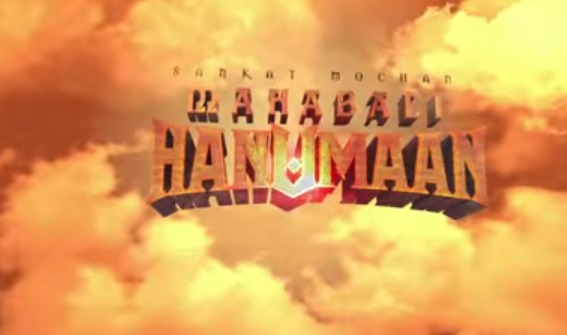 To unveil the mystery behind the life of lord Hanuman and to give a more broader view to the audience regarding his inspirational tales at various stages of life, Sony Entertainment Television launched its forthcoming mythological show "Sankat Mochan Mahabali Hanumaan" here on Tuesday.

Touted as a family show especially for children, "Sankat Mochan Mahabali Hanumaan", which will start from May 4, will unfold all the myths regarding the "mightiest" lord starting from his birth to his devotion toward lord Ram and immortality.

Actor Nirbhay Wadhwa, best known for his evil portrayal of Dushasana in Star Plus' "Mahabharat" , will portray the role of Hanuman in the show.

"This is the biggest role of my career. My family is happy that I'm playing a positive role now after Dushasana. Portraying Hanuman is very difficult as it requires a lot of preparations. I've gained 20 kgs for my look as Hanuman. Still I workout in nights to make it look more powerful," Nirbhay told IANS.

Asked whether he took any inspirations from late actor Dara Singh, who got acclaimed for the role thorough Ramanand Sagar's "Ramayan", Nirbhay said: "He was a legend. He did an exceptional job. But since he portrayed the character of Hanuman, there have not been more big level shows which have focused on Hanuman. There are various unknown facts about him that people are still don't know.

"Through our show, young generation will learn about every aspect of Hanuman's life."

The role of small Hanuman will be played by eight-year-old Ishaan.

The launch of "Sankat Mochan Mahabali Hanumaan", which took place here at Kingdom of Dreams witnessed a grand entry of Nirbhay, who came to stage suspended through a cable. Nirbhay was joined by his co-stars Aarya Babbar, Gagan Malik, Barkha Bisht and Deblina Chatterjee during the event.

The entire cast was seen in their respective character to give a real view to the audience.

Aarya, who is making his fiction debut on TV, will be seen playing the role of Raavan and he is excited.

"I was planning to enter TV shows since quite a while. I don't think we have a huge character like Ravan in the Indian history. It can be portrayed with ample amount of shades and colours," Aarya said.

"We have only told the negative side of him, the one that Arvind Trivedi played in 'Ramayan'. It truly inspired me a lot. But my portrayal will be totally different in comparison to its look, personality, gestures and dialogue delivery. I want to create a super demon with Raavan," he added.

Though Hanuman is considered as an avatar of lord Shiva, his story will be told from lord Krishna's point of view in "Sankat Mochan Mahabali Hanumaan".

Gagan Malik will be seen playing the role of Ram, Krishna and Vishnu in the show.

Meanwhile, "Balika Vadhu" fame actress Deblina Chatterjee will play the role of Sita. On the other hand, Barkha Bisht will be seen essaying the role of Hanuman's mother Anjani.

The show is said to be made by researching various mythological books and will try to reveal more past of the lord Hanuman.

"We have properly researched for the show. People will gain knowledge from 'Hanuman'. The scriptures that we have followed are - Valmiki's 'Ramayana', Tulsidas' 'Ramcharitmanas', Vyasa's 'Vishnu Purana' and few more." Abhimanyu Singh, CEO of Contiloe who is producing the show, told IANS. 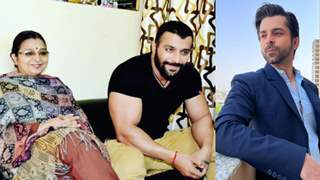 + 4
10 years ago All the very best Katrina for both of your movies..Though i want to see Hrithek in Dhoo3..becuase he was awesome and wonderful in Dhoom2 ..bt now i will watch this movie only for u..and also best of luck for EK tha Tiger..

10 years ago seriously you guys Kareena and Katrina are that similar!!! Edit your work please!!!!!!

Anywho happy for Katrina either way both movies will be super hit!!!!!!