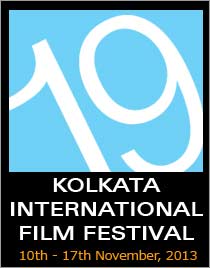 Advising young filmmakers to develop their own style and imbibe a lot from music, theatre and reading, Malayalam filmmaker Adoor Gopalakrishnan Tuesday criticised Indian television for having "brought down the cultural level of the country".

Speaking to reporters at the 19th Kolkata International Film Festival (KIFF) that began Sunday, the icon expressed his disapproval of the current crop of sitcoms and serials shown on television.

Slamming the TV shows, he said that "instead of increasing the taste of the audience, exactly the opposite happened because the programs were dull, drab and obnoxious."

"It has brought down the cultural level of the country...," he added.

Nine films of Adoor are being screened in the retrospective segment of the festival that is also showing experimental films of young filmmakers till Nov 17.

"Cinema is the ultimate art. It is no easy way to become a filmmaker and the budding filmmakers have a lot of things to do which includes developing their style, music, theatre and also reading. You also have to be a keen observer of life," he said.

"It is not that you take out a camera, shoot and become a filmmaker," added the director while commenting that with the advent of digital technology "everybody calls themselves a filmmaker" nowadays.

Lamenting the racy nature of modern films which do not allow one to watch a frame for more than a few seconds, the National Film Award winner pointed out that cinema is no more a medium of meditation like it was earlier.

"One great possibility of cinema was it could be used as a medium of meditation but that possibility is now done away with," he said.

"Nothing will remain on screen for more than a fraction of a second. You do not get to see the hero or heroine. They are like automatons."

He spoke of icons like Satyajit Ray and Mrinal Sen as his "greatest connection" to West Bengal.

The 72-year-old stressed that unless he has a good script he does not make films. After a gap of five years, Adoor is finally getting onto his next film.

Jennifer Garner Shuts Down Pregnancy Rumors Speculation With One ...