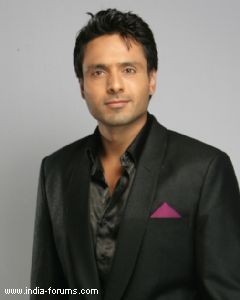 TV actor Iqbal Khan, who will be seen as the main lead in 'Tumhari Paakhi', proudly announces that the budget of the first episode of the new show, shot at multiple locations, was enough to make a medium-budget movie.

"I don't think anybody has ever shot on so-many locations for a TV show. We shot in Panchgani, Udaipur, Chittor, Shimla and Satara. It's been a wonderful experience," Iqbal told reporters here at the launch of the show on Thursday.

Meanwhile, Iqbal also elaborated about his character, who is conscious about his image.

"It is a very real character unlike what is shown on TV these days. The character has one problem that he is very conscious about his image, which leads him into many problems," said Iqbal.

Actress Shraddha Arya plays the title role in the weekly show that will be aired on Life OK from Nov 11 at 9.30 p.m.

swarnakhan 7 years ago I'm sure this show will be a big hit...all best MIK

7 years ago exciteddd all da best IQBAL KHAN INSHA ALLAH u will rock... lubb u... &lt;3

+ 4
7 years ago waiting for shows premier now..love you iqbal...