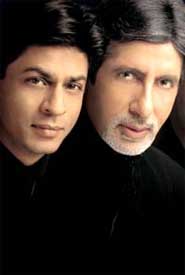 What does it take to become a superstar and win millions of hearts? A lot of talent, hard work, honesty, and most of all humbleness and modesty.   It seems like the dashing and charming Ranbir Kapoor has it all.  RK already had a huge reason to be successful in Bollywood.  After all, he belongs to the family where true talent in acting runs in the blood.  Being the grandson of the ever popular Raj Kapoor and son of the most successful actors of their time, Neetu Singh and Rishi Kapoor, Ranbir was bound to find his firm stand in Bollywood.


The handsome Ranbir Kapoor definitely has the looks to kill.  He won the hearts of millions of girls with his first film "Saawariya."  He surely works hard as well.  The proof is his films so far that are consistently doing better and better.  Now we also know that this cute chocolate boy has very humble and modest as well.  In a recent interview, Ranbir was asked to share his feelings on being called the youth icon.  Ranbir was genuinely surprised and remarked that even though the media has given him this title, he truly believes that Amitabh Bachchan and Shah Rukh Khan are the youth icons as they have an amazing fan following.  He said he wanted to work hard and let his work speak for him but being a youth icon has nothing to do with age.   RK's genuine modesty will keep him grounded no matter how much success comes his way.  We sure hope that you follow your family's legacy and someday a younger guy would consider you the youth icon!
Featured Video