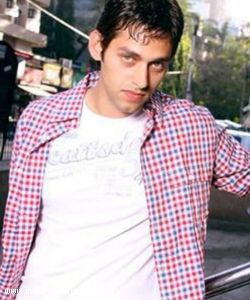 Zee TV's show Hitler Didi that was expected to be the channel's mainstay show has been facing TRP issues off late. The show has seen a drop in the TRPs and has forced the Creatives to try different angles to the storyline.

Our sources inform us that to salvage the drop in TRPs, creative visualizers had proposed marriage of Rishi Kumar, played by Sumit Vats, to Indira's younger sister. This twist did not go down well with the actor and has left him baffled. Creative writers and the actor seem to be on completely different pages.

We tried getting in touch with Ila Bedi Dutta, Producer of the show , but she was unavailable for comments. Tellybuzz , however was able to get through to Sumit Vats , who rubbished the rumour – " It is just a rumour. Nothing is happening along these lines"

We just hope that there is harmony in the camp again!

KANE. 7 years ago Rishi Kumar is the best...
We want new article on sumit vats..

UNDERTAKER. 7 years ago SUMIT VATS IS THE BEST ACTOR.. RISHI IS THE BEST...

BATISTA-BOMB 7 years ago Sumit vats is the best... we want new article on sumit vats////

-EDGE- 7 years ago sumit vats is the best actor...

JOHN-CENA 7 years ago You are the soul of HD.. TUM NHI TOH KUCH BHI NHI

inshiforever2 7 years ago SV is the best.

Sushant's Family Displeased With Attention Being Diverted ...
a minute ago

After Ten Months Jacqueline Fernandez has Finally Re-united ...
11 minutes ago

Kangana Slams Anushka for Raising her Voice Against ...
38 minutes ago

'RadhaKrishn' Fame Vaidehi Nair Roped in For 'Brahmarakshas ...
43 minutes ago

Karan Johar likely to be summoned by NCB over 2019 Party ...
4 hours ago
View More
TOP