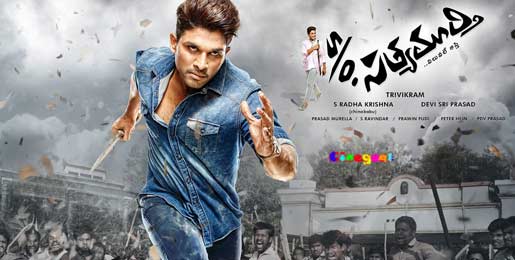 Filmmaker Trivikram Srinivas, who is currently enjoying the success of his latest release "S/O Satyamurthy", is most likely to team up with actor Junior NTR in his next Telugu directorial.

"Talks have been held between Trivikram and NTR. If everything goes as planned, NTR will start working on the project as soon as he completes his next film with Sukumar," a source told IANS.

The producers of recent Telugu film "Lovers" are expected to bankroll this project.

Reportedly, NTR has also agreed to star in the Telugu remake of recent Tamil blockbuster "Kaththi".

"Although he has confirmed his participation in the project, it's not sure when he'll start it. Gopichand Malineni will direct this remake," the source said.

"The shoot starts in London. It was supposed to start this week, but due to some visa issues for the film's cinematographer, who couldn't join the sets, the shoot has been postponed by a couple of weeks," the source added.