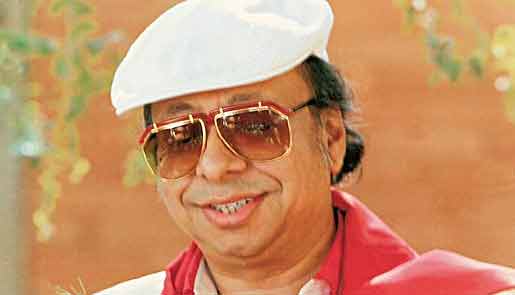 A musical concert dedicated to the life and times of iconic Bollywood composer, the late R.D. Burman regaled his fans with his hit songs.

Keeping in mind his contribution to the world of Hindi film music, channel Zee Classic, known to entertain its viewers with a vast library of movies from Hindi cinema's 'golden era', organised the musical night here Tuesday.

Singers Babul Supriyo, Sudesh Bhosle with his son Siddhanta Bhosle, Javed Ali, Madhushree, Anvesha Dutta Gupta, set the mood with some mesmerising tracks of ace composer, leading the audience to revisit the era of Pancham-Da, as he was called lovingly called.

The singers not only chose to perform some of his best tracks, but also shared their love and respect towards him at the event, which has been captured for TV and will be beamed on the small screen soon.

"Pancham-Da's music can't be defined as he was someone who inspired generations with his soulful tracks. He was my favourite and will always be," Supriyo told IANS, following it up by humming one of Burman's composition.

"R.D. Burman is a legendary music composer and holds a special place in our hearts. His musical journey is imprinted in the minds of music lovers and continues to inspire today's generation," he said.

The event here was also marked by a photo exhibition illustrating memoirs of Panchm-Da. Some unseen photographs, original letters written by him, his kurta, glasses, mouth organ and guitar among others, were on display during the inauguration.