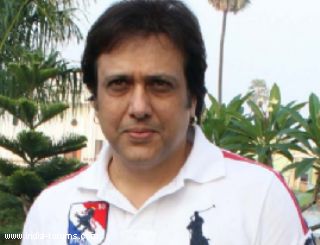 "In real life, I think you have to remain yourself as a father, husband and that's too much to balance. It is very difficult to remain No.1 as a good husband and father in real life. There is more hard work in that," Govinda (Arun) Ahuja told IANS.

The 48-year-old married Sunita in 1987, and has two children -- Narmada and Yashvardan.

"Professionally, you just work. But on a personal level, you are emotionally attached to everything. Being a successful son is a huge challenge. I thank god, who gave me the opportunity to experience it," said the actor, who has dedicated over 25 years of his life to Bollywood.

He also has his parents to thank.

"I have come a long way in the film industry. It is all because of the blessings of my mother and father," he said.

Govinda's first film "Ilzaam" released in 1986. From then on, there was no looking back for the actor, who established himself with movies like "Shola Aur Shabnam", "Aankhen", "Saajan Chale Sasural", "Dulhe Raja" and his "No.1" projects.

"It all started from 'Ilzaam' and there was gradual growth in my career. I continuously started working and success kept coming my way. I feel great and blessed," he said.

Prior to the 2007 comedy film "Partner", Govinda witnessed a prolonged period of ill luck in films and politics. But even now, he prefers not to look back at those times.

"The best thing about it is not to look at it. If you look down at the situation, then it makes you feel more conscious and that does not work. (One should) Look at the same situation to bring a change and create a new world the way you want," he said on a positive note.

For now, he is just revelling in his overall success in the industry.