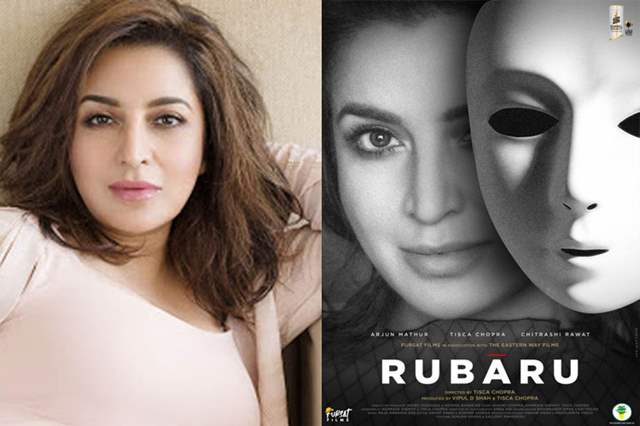 Bollywood has been full of talents over the years who have seemingly never got their actual due of talent inspite of having flickers of their brilliance being witnessed in some features. While we do witness the likes of Nawazuddin Siddiqui and Pankaj Tripathi rising and blooming lately, one cannot deny that there have been several other names that probably deserved more.

One of them is certainly actor Tisca Chopra. The lady has done selective work on the screen over the years but especially in the past few years, she has starred in some fantastic short films and feature films too. And now, it seems that she is ready to add another feather to her already illustrious cap as she has turned a director.

Yes! Chopra has directed upcoming short film, Rubaru, that is said to be releasing on 28th November 2020. Apart from directing, Chopra will be starring in the same too and joining her are actors Arjun Mathur (Made In Heaven) and Chitrashi Rawat (Chak De! India). Trade analyst Taran Adarsh posted about the same as he said, "ACTRESS TISCA CHOPRA TURNS DIRECTOR... Actress #TiscaChopra has turned director... Her directorial debut #Rubaru - a short film - will release on 28 Nov 2020... Stars #Tisca, #ArjunMathur and #ChitrashiRawat."-

As one can see, not only is Chopra starring and directing but is also co-producing the film with Vipul D Shah.

Tisca Chopra says ‘Female actors are not Sex Toys anymore’ as they ...