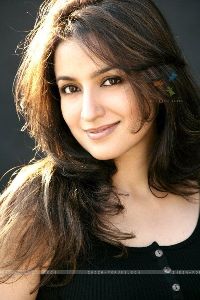 Tellybuzz earlier reported about Vineet Raina making a come back on small screen as a host for Zee Cinema's Khel Khel Mein. The show is already on air and the latest we hear is that, Tisca Chopra (fame Taare Zameen Par) will join hands with Vineet from May.

A little birdie from the industry informs, "Tisca will be hosting the show on Zee Cinema with Vineet Raina. She will join him from May 16 for the segment wherein kids will be introduced as a part of the show and she will be seen interacting with kids and dancing with them too."

"As the segments hosted by Vineet do not consist of kids, Tisca will bring in fun and frolic through her segment from May 16th. The show will be followed by a family drama movie on the channel", adds the source.

A source from the channel confirmed the buzz about Tisca hosting the show with Vineet Raina.

We tried hard to reach Tisca but she remained unavailable for the comments.

Tisca Chopra got noticed through her role in Balaji and Star Plus' Kahaani Ghar Ghar Ki.

We wish Tisca good luck for her come back on small screen.

HaHaHeHe-Hupp 9 years ago oh , i thought that she is coming back in daily show but his come back is to host one show..

glad to hear about her ..

LoveTVShows 9 years ago hey any news about female lead of balaji telefilms new colors tv show ghar ghar kii kahaani and who are writer's of this show ?

-Preeti- 9 years ago thats good. Tisca was great in KGGK and TZP ... wish her luck for this show too

burgerchaap 11 years ago hahah, WONDER PETS :)
my sister watches it :P
lool. best of the luck to salim-sulaiman, their music is awsome!