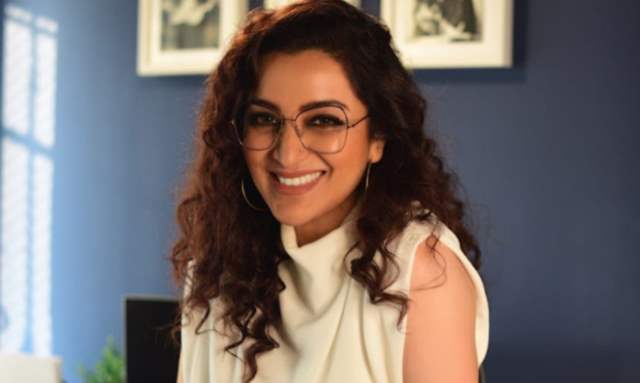 On a Podcast, Tisca chose to talk about the United Nations Universal Declaration of Human Rights’ Right to Life. Tisca Chopra said: “In India the rights of women are so badly trampled upon, taking away the right to, not just life, but life with dignity. It's not just that you exist, but it's the quality of that existence.

I think we need to address this issue with education and I feel the right to dignity should be taught to children at junior school or even middle school. It should be spoken about frequently, called into parent-teacher meetings, once the pandemic is over, obviously, but these are things that should be discussed openly and widely.”

Discussing her experience of the right to dignity in the film fraternity, Tisca said:

When I came to Bombay I felt the film industry was very misogynistic - women were second-grade citizens seen through the male gaze as objects. When I started writing and producing, the first film I made, Chutney, was very rebellious because I felt the earning capacity of an actress being sexually attractive was said to be the only chip that she was bargaining with. I, as an act of rebellion, chose to make the protagonist in Chutney almost borderline ugly. She speaks badly. She doesn't have an education. She doesn’t have a child to give her any status in society.

Actress Tisca Chopra has been breaking stereotypes with her choices and the actress has carved a niche for herself in the industry. The portrayal of female characters has been under constant mutation.

She continued, “The fact that it became the most-watched short film in the world with 132 million views proved that what we’ve been telling people - that girls need to be all about the body and the way they look, is taking away the dignity of an artist. Saying there’s nothing else to you other than the fact you could be the object of someone's sexual interest is extremely degrading.”

Tisca also added the changes a workplace has seen post-MeToo moment as she said,

One thing that is wonderful, post the #MeToo movement, is every single production office that one goes to has the POSH guidelines laid out – Prevention of Sexual Harassment, bold and clear. And that's to me, a huge, huge relief, because starting out the film industry was a despicable place for women to work in, in every way. Physical dignity, personal dignity, harassment of all sorts. So, these are areas where I feel the work that people like you (United for Human Rights) and the United Nations have been doing in education has come such a long way, because it's acting as a massive deterrent and things are so much better on set now.

The Taare Zameen Par actress continues to remain one of the few leading ladies who has managed to redefine female actors in Bollywood in terms of roles as well as pay structure. “There is a lot of work still to be done in the areas of bringing women up as artists, as free voices speaking for themselves. And that's the area I want to work in, because I don't believe in getting angry.”

The actress added, “I believe in getting better and having more power to be able to assert myself and say - these are the kind of stories I want to tell. And to do it so well that they sell. So that you buy your freedom by creating the kind of work, which stands head and shoulders above the rest of the work, or at least at par. So then gender ceases to be a thing.”

Tisca has done selective work on the screen over the years but especially in the past few years, she has starred in some fantastic short films and feature films too.