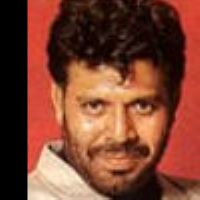 Actor Tinu Verma, who is a well-known name in the Bollywood industry, is all set to make his debut on the small screen with Siddharth Kumar Tiwary's epic series Mahabharat on Star Plus.


Our source says, "Tinu has been roped in to play the character of Jarasandh in Mahabharat. Jarasandh is the king who was killed by Bheem in order to perform the Raj Surya Yagna. It's going to be the debut show of Tinu on Television. He is expected to start shooting from Wednesday onwards."

When contacted Tinu, he confirmed the news saying, "I haven't done any television show before. When I was approached for the show, I was impressed to know about the popularity of the show and I am looking forward to work with the nice people. I found the character and the show quite interesting. I am quite excited to do this show."

We all are eager to watch Tinu's acting on-screen too! We shall update you with more such happening news, till then keep reading this space.

aaryan_aaryan 7 years ago jarasand will be defeated by our hero karna .hope it will be action packed episode .all the best aham sharma in defeating jarasandh.

7 years ago good good, nice casting of the tough guys in the epic. . .Wasnt he the same guy who played mega-villain in Mela, Amir Khan, Twinkle Khanna movie years back?

+ 3
7 years ago thanks for the article :) show is doing amazing and m loving it :) love#arjun #shaheersheikh :D

+ 5
7 years ago Who the hell cares who the hell is playing Jara , when we've our magnificent Karna , played splendidly by our gorgeous Aham Sharma, to watch n drool upon. ;) &lt;3

+ 3
7 years ago hope bheem kills him not mahanayak arjun

7 years ago I only watch it for the character of Karna via Aham Sharma. I don't like to see distortions. The story is a part of our history don't show us things that never happened!! So far they have shown things that basically never ever happened!