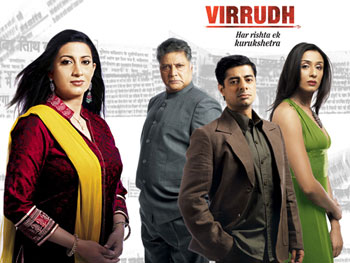 Smriti Irani’s Viruddh has been in the limelight ever since the show went low on the TRP charts. Speculations began about the show going off air, but after repetitive denial by Smriti and the Uragya team, the rumors had eased out earlier. But once again, Virruddh finds it self on the headlines about curtains coming down on the show, though this time, the news seems to be true.

Sushant Singh confirms the news to Telly Buzz, by stating, “This time it's not a rumor, Virruddh is absolutely in its final days…” When asked when the show is wrapping up, he replied, “I am not sure about the exact date, but we’re hoping to end the shooting sometime end of January…”

Further, the Executive Vice-President and Business Head of Sony Entertainment Television,Mr. Albert Almeida confirmed, "It is true, the show is coming to an end.   As all good things need to end, so has this show; but I am glad that it's ending on a good note, and it's time for the channel to bring in another fresh doze of entertainment to its viewers. We will be replacing Virrudh with something fresh and exciting..." 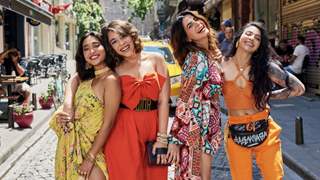 + 2
14 years ago Well i think it was a very sensible and a mature show...feelin bad tht itz goin to end but itz gud for da show rather than spoilin da show with unwanted twists and turns, itz always better tht it ends...but i'm goin to miss Sushant Singh, Smriti and Achint..I feel they r the best actors in the show..

smriti_roxx 14 years ago its the only show i watch...

although i dun want it to end so soon :(,but glad to know that its ending on a logical note and will not b dragged along like other shows...:)

Hope that smriti ma'am continues producing such gud shows..All th best to her...:)

+ 2
14 years ago i watch this show it,s good show but every show ends so it,s okay with me.

14 years ago that's what happens when a show airs on SONY..why can't they choose a different channel..if it came on ZEE TV or STAR PLUS, it would've definitely gotten high TRPs

14 years ago Good show while it lasted. Better to end while it can still be remembered for that.

14 years ago this show is deffo great... ndifferentfrom the drag on storiesofbalaji!..keepon going onfor years... n unrealistic tsuff happens ! ... quite like the way this show is not following the same Ekta pattern of events. hope the nxt show that sony puts on is .. different..n the story keeps us hooked up..like virrudh rather than being a drag!

but these days story getting irritating n nonsense.. good that serial is ending...