Exotic locations, lots of glitter, glam, crystal hangings, mammoth arrangements, fireworks and some hundreds of majestic guests gathering for one holy purpose, the Big Fat Wedding. We all fantasize a fairytale wedding with every possible thing that a Bollywood movie has to offer. This also happens to be a key formula behind the success of so many Hindi movies grossing not less than bigger numbers. Ever since Bollywood came into existence, the directors and producers have reached the masses by presenting this idea with so many varied rituals we have in our real lives. Ceremonies like sangeet, haldi, mehendi, baraat, kaleerein, jaimaal, sindoor-daan, saat-phere, kanyadaan and finally the vidaai, which fills our eyes with tears of happiness and sorrow together. With the seasons of wedding taking a high around this time, the BollyCurry team has decided to present a list of few of those movies with extravagant wedding affairs that we have witnessed on-screen.
Band Baaja Baaraat 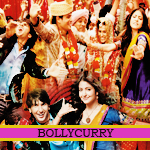 First on our list is the romantic-comedy of 2010 starring Ranveer Singh opposite Anushka Sharma. The film title itself unfolds the main ingredient of the story i.e. a pompous Indian wedding. The film's main focus was on the vivacious wedding planners hired to make the day a grand ceremony with lavish arrangements. The story revolves around Bittoo and Shruti planning for their client's weddings throughout and ultimately falling for each other. The film had a lot of sugar and spice for the Indian audiences with perfect music complementing the beautiful visuals. The film gained both critical and commercial adulation worldwide.
Hum Aapke Hain Koun..! 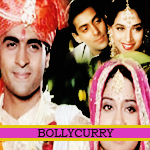 The Barjatya clan is well known for their family drama movies and one such epic was released in the year 1994, Hum Aapke Hain Koun..!. The Salman Khan and Madhuri Dixit Nene starrer gave an altogether new meaning and definition to film making. The movie set a new benchmark for the film makers in Bollywood and went down in history deservingly. The film featured a number of rituals of a typical Indian wedding. All the traditions were portrayed fantastically on-screen with polychromatic wedding arrangements. For it's grande marriage backdrop, the movie bagged 5 Filmfare Awards along with a National Film Award for Best Film Providing Wholesome Entertainment.
Hum Saath-Saath Hain 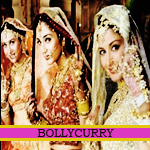 Next on our list is yet again a Rajshri Productions' venture Hum Saath-Saath Hain, released in 1999.  A multi-starrer film with the you-know-whos of Bollywood like Salman Khan, Mohnish Behl, Saif Ali Khan, Sonali Bendre, Tabu and Karisma Kapoor in the lead roles; the movie was a huge success owing to its theme being largely based on weddings. The main idea loosely revolving around the celestial knot, the film was based on the family ties and emotional bonding. All the ceremonies were celebrated like a festival with musical performances throughout. The film was declared a blockbuster, eventually becoming the biggest hit of 1999 and reminisce till date.
Kal Ho Naa Ho 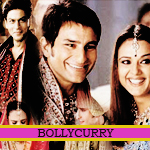 A 2003 romantic-comedy written by the ace director-producer Karan Johar, Kal Ho Naa Ho is once in a lifetime movie. The film features Shah Rukh Khan, Saif Ali Khan and Preity Zinta in the lead roles, with the legendary Jaya Bachchan in the supporting role. The emotional roller-coaster journey of Aman, Naina and Rohit in this movie is the best ever fiction in the history of Bollywood. Rohit and Naina's wedding was one of its kind, with all the pomp and show that it portrayed. From the engagement to the haldi and the actual wedding, the movie had all the functions in bright and loud colours. Kal Ho Naa Ho was declared a blockbuster in India and an all-time blockbuster overseas.
Vivah 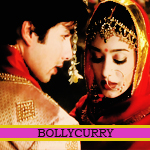 Another Rajshri movie on our list is Vivah, released in the year 2006. The movie starred Shahid Kapoor and Amrita Rao charming the audiences with their much typical Indian bride and groom's character; opting for a traditional arranged marriage. The movie created waves all over washing nostalgia all around about the Indian culture and its emotional value. The movie had less screen-space for the actual rituals, but it took the viewers through a journey of one of the most beautiful stages before a wedding, the period of courtship at its best. The movie is one of the best musical dramas ever on-screen; adding a new star to the Barjatya camp, celebrated for the meaningful songs in almost all Indian weddings.
Yeh Jawaani Hai Deewani 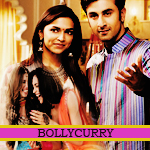 Last but not the least, is a film that celebrates Indian wedding at a scale larger than ever, Yeh Jawaani Hai Deewani, starring the ex-beaus Ranbir Kapoor and Deepika Padukone. A story about friendship, love, youth, and re-union of two love birds post realization, the movie was a fusion of Indian traditions with the modern day definition of fun. Aditi's (Kalki Koechlin) destination wedding in the historical city of Udaipur with events that blew up your mind was a visual treat for all and sundry. The cocktail party, the sangeet, the mehendi and haldi and the big wedding day, one can't help but wish for a similar wedding with the added glamour and glitz. The film will always be cherished for it's beautiful love story as well as the jaw-dropping dance and eye-catching outfits of Kapoor and Padukone.
These were but a few Bollywood's weddings at their best that leave the audiences wanting for more. We're sure a wedding plan has already starting carving some place at the back of your mind, and if you've already been through this before, the memories of the same are taking over that place in your mind. Leave a comment in the box below sharing your thoughts on wedding in the Bollywood style, until BollyCurry can be back with another rendition of an equally interesting discussion.
Writer: Shikha A.
Editor/s : Pooja B and Sonia R.
Graphics : Shikha A.
Do you have a suggestion or comment for BollyCurry? Drop us a PM at BC_Dropbox today.

Harman Baweja ties the knot with Sasha Ramchandani; pics inside