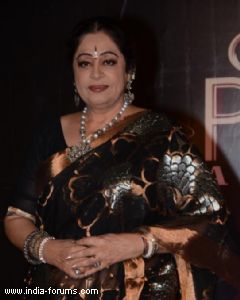 The 5th Season of 'India's Got Talent' (IGT) is set to go on air and Kirron Kher, one of the judges, says she and her co-judges filmmaker Karan Johar and actress Malaika Arora Khan bring a lot of warmth on the show.

The weekend show will premiere on January 11 on Colors channel.

"The three of us bring warm vibes on the show and there is no sense of competition. We had different people here, but the warmth that Malaika and Karan bring on the show is different. And our bonding translates on screen," Kirron told reporters on Tuesday.

Kirron, who is associated with the show since the beginning, judged the first season with actress Sonali Bendre and director Shekhar Kapoor.

In the second and third seasons, Kirron and Sonali were joined by Sajid Khan and Dharmendra Singh Deol, respectively.

Karan and Malaika entered the show as judges in the fourth season.

While some dangerous stunts will be judged this season, Karan assures all safety measures are in place.

"Precautions are taken by the team before the performances. We assure that our contestants are safe," said the director of films like 'Student Of The Year'.