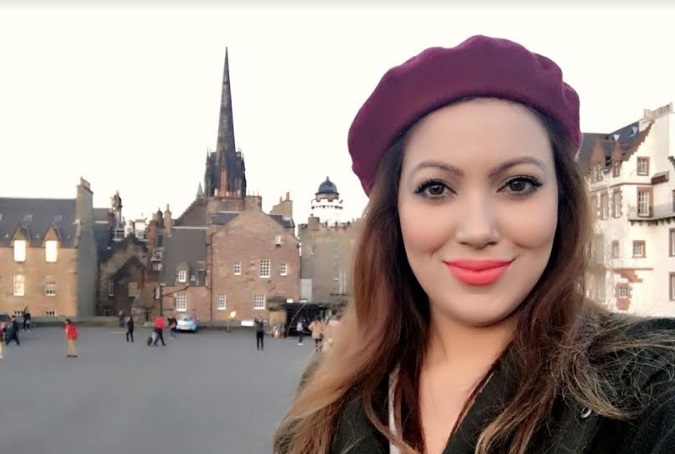 Recognized in every household as Babita from the cult comedy show Taarak Mehta Kia Ooltha Chashmah, Munmun Dutta other than her oh-so-glamorous avatar on the show has a different side to her not many are aware of.
The actress who is also a travel buff has been sponsoring her maid's grand daughter's education for quite some time, and now we hear that Munmun has taken it as her responsibility to fund the education of her hairdresser's daughter.
Munnum Dutta who recently opened her arms and also her home to shelter stray animals until they get adopted strongly believes in educating girls and swears by 'Each One, Teach One'.
She shares, "We had this hairdresser at TMKOC who recently quit. The hairdresser had come to greet us and that's when we had a heart to heart discussion. I learnt that she's a widow and a mother to two daughters. She had to discontinue her younger daughter's education due to financial crisis. Thereon, I decided to sponsor her education as long as I can but with a condition that the school should not be the one accepting donations."
We must find a purpose in life and I guess I'm doing the right thing, and believe you me, there is no greater joy than educating someone." the actress signed off.
We must all take a cue and follow suit! More power to you Munmun.
1 Likes

sweetocean25 6 years ago Ashiqui 2 songs are awesome. Great article by a great writer.

urvash 6 years ago All the songs from Aashiqui 2. Melody made a come back with this album...

Ambarsariya is a huge hit indeed!!!!

Ninja. 6 years ago Never liked Be Intehaan. It sounds like one of Pritam's previous songs. But since it's Pritam, I'm not surprised why so.

My most favorite one from this list is Ambarsaria. Such a beautiful song!

review
Review 'Bandish Bandits' Hits The Right Tunes With its Acting ...
51 minutes ago