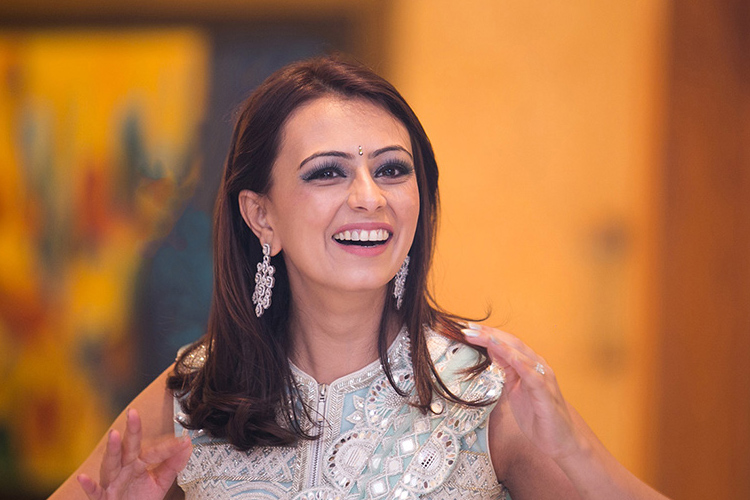 It's a boy for actress Deeya Chopra and husband, Ritchie Mehta. Yes! That's right. Deeya, Roshni Chopra's husband and actress announced her pregnancy with an adorable post on her social media account and the countdown had already begun.
Deeya delivered a cute baby boy today which was announced by none other than the actress' sister, Roshni Chopra. As known, Deeya has been married to London-based businessman, Ritchie Mehta celebrated a baby shower with her friends and family recently.
However, when she shared the images, the cake said - "it's a boy" which led many to speculate about pre-determination of the gender of the baby but the actress went on to clarify in her comments - "Thanks everyone! Im due next month though hahah this post makes it feel like its happened already though"
Nevertheless, we wish Deeya and Ritchie loads of congratulations.
Featured Video